Everyone’s heard of the American Dream. Make it in the US, and you can make it anywhere, right? Unfortunately, it’s taken almost a decade of intensive lobbying to give entrepreneurs in the US a fair shot at success. Until recently, if you needed funding after exhausting savings and the goodwill of friends and family, you asked accredited investors – the wealthiest two percent.

People with that kind of money get others to manage it for them. Think wealth managers and venture capitalists whose tastes and strategies left many aspiring entrepreneurs out in the cold. It didn’t matter if your customers loved you: if they weren’t accredited, they couldn’t invest. Nick Tommarello, CEO and founder of Wefunder, thought this was unfair.

Why must you be rich to invest in great companies? Why force the public to wait until VCs had siphoned off the best returns? In 2012, Wefunder succeeded in lobbying the US government to democratize investing, and since then Wefunder has helped founders raise almost half a billion dollars through the new “Regulation Crowdfunding” laws.

Last year, the SEC significantly improved these regulations. Startups can now raise from $1M to $5M per year, allowing for SPVs to roll investors to one line on the cap table, and streamlining the process. The improvements have catalyzed significant growth for Wefunder, and the entire sector.

Wefunder has partnered with Acquire to help community-backed startups expedite returns to their investors. Say a founder raises money from their fans and customers to fund growth. When they hit their targets, they can later sell their startup on the Acquire acquisition marketplace. In other words, Wefunded startups can now get Acquired, with access to over 100,000 buyers and acquisition tools.

“People who care about a brand should also share in its success,” Tommarello said. “It creates better alignment between brands and customers, better products and services, and ultimately delivers better returns for investors. With Acquire, founders raising capital on Wefunder can now get Acquired quickly, easily, and openly involve investors in the process.”

Acquire’s founder and CEO, Andrew Gazdecki, built the startup marketplace after wrestling with his own acquisitions. “The process was so cumbersome and inefficient,” Andrew said. “I’m not surprised many founders delay getting Acquired until it’s too late to earn a return.” Statistically unrealistic hopes of becoming a unicorn only muddy the waters further.

“Wefunder helps founders raise funding from people who love what they do,” Gazdecki said. “They grow with the support of their staunchest advocates, not some VC cracking the whip for that billion-dollar valuation. When it’s time to deliver realistic returns, Acquire provides the people, tools, and resources to get these startups Acquired quickly and at the highest price.”

Startups can raise up to $5 million per year by running a Community Round on Wefunder, which could mean the difference between getting Acquired or running out of runway. Wefunder is crystal clear about the risks of angel investing, and not every startup will get Acquired. Nevertheless, self-directed investing is empowering. Especially if you believe in the cause: It’s not all about profits, but changing lives.

As the world’s leading community investment platform, Wefunder funds more startups through Reg CF than anyone else. From breweries to medical technology, founders have relished the brand amplification that only a community of engaged investors provides. The funding doesn’t stop at angel investors, either: VCs have invested $5 billion in follow-on funding in Wefunder portfolio companies.

The potential for life-changing exits is huge and will help Wefunder “fix capitalism” and give everyone a “fair shot” at success. Both of which, Gazdecki believes, depend on shifting the narrative to serial entrepreneurship. Founders seldom get everything right the first time. “Celebrate the smaller wins, learn from your mistakes, and then try again,” Gazdecki said.

The content on this site is not intended to provide legal, financial or M&A advice. It is for information purposes only, and any links provided are for your convenience. Please seek the services of an M&A professional before entering into any M&A transaction. It is not Acquire’s intention to solicit or interfere with any established relationship you may have with any M&A professional. 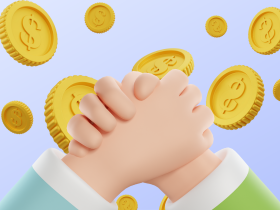 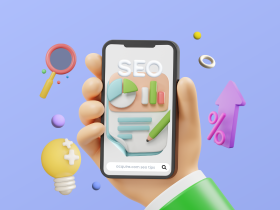 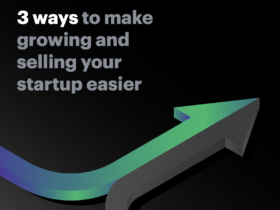 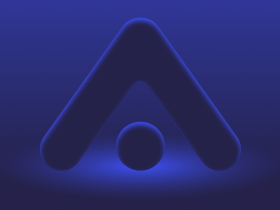